The US economy and the Canadian economy have faced constant difficulties due to political ups and downs but that didn’t let them loosen their strong grasp over the market. While the protectionist policies issued by the current administration are a concern for the worldwide stability and growth in economy, the US has tackled this obstacle with an expected growth rate of 2.2 per cent for 2018, which is higher than that of most of the European nations. On the other hand, Canada has fifteen out of its twenty major industries showing year-on-year increase that might outpace the US (at 3.1 per cent) on the go.

While it is known that travelers nowadays want new and unique experiences, visited and reviewed destinations have proven that they have what it takes to invite tourists over and over again. Las Vegas, New York and Orlando top the list of popular places, attracting North American tourists as well as international tourists. Research by Expedia shows that a majority of American travelers (82 per cent) prefer being domestic travelers while international perspective suggests that Las Vegas has a lot of Chinese tourists and their numbers have increased by three times from 2016-2017. The flourishing low-cost airline routes from Europe to North America and the US is also making it feasible for cost-conscious Europeans to have a tour in the US. 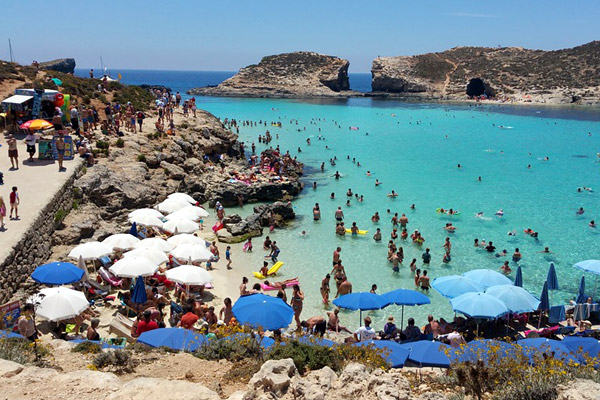 Canada is known to have welcomed 20.8 million international tourists, out of which 14.3 million were from the US. With travel and tour to this North American country increasing year-on-year, it is anticipated that this continuation will last for quite a decent amount of time with tourists flocking to Montreal, Niagara Falls, Quebec City, Toronto and Vancouver.

Europe comes after North America, providing tourists the perfect destinations by grabbing on to any opportunity available.

Cyprus and Malta have impressive statistics showing gradual growth in rates of foreign arrivals in 2017 (14.6 per cent and 15.7 per cent respectively), maintaining the continuation of growth from previous years. Malta’s growth was broadly based in market terms with a sizeable increase in the number of cruise visitors playing the role of the supporter.

Some more markets that were mature enough to report double-digit growth for 2017 were Portugal, Belgium and Netherlands. In case of Netherlands and Portugal, the growth was partially a continuation of a recent trend and partially keeping connection with its old roots, relative to average growth in past few years.

Spain remains an attractive destination with its maturity in market share hence enhancing its growth. It is most likely to be a benefit of some so-called displaced travels, otherwise bound for Turkey.

Finland stood apart from the rest of the nations with an astonishing 13.5 per cent increase in growth in foreign arrivals in 2017 from some of the large and emerging source markets. Its neighbour Sweden and Estonia also reported similar trends, with chances of jointly benefiting from a greater demand for multi-destination tours from long-haul markets, including cruise liners.

Foreign arrivals to the United Kingdom grew by 5 per cent in 2017, based on October 2017 data, which represented significant decline compared to year-to-date growth to September being 8 per cent compared to the same period in 2016. Arrivals in October fell short compared to 2016 (down by 6 per cent), from other established European markets and North American source markets, indicating the faded impact of currency movements.

August separates one season from another

Legacy of Covid, vast debts, travel returning to normality though!